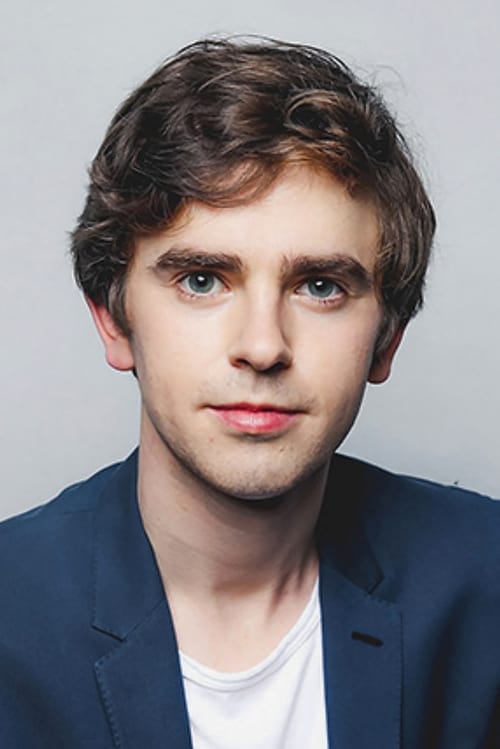 Alfred Thomas Highmore is an English actor best known for his roles in the films "Finding Neverland"; "Charlie and the Chocolate Factory"; "Arthur and the Invisibles"; "August Rush"; "The Golden Compass" and "The Spiderwick Chronicles". He starred as Norman Bates in "Bates Motel" A&E's contemporary prequel series of the film "Psycho".

The INTP personality type is intellectually curious and enjoys the more complex and theoretical problems, often for their own sake. Practical application has little interest for them, preferring to identify the solutions and then leave someone else to plan the work. They do however like things done properly and have very high standards. The routine, the detail bores them rigid and they will put off completing tasks, especially those that they see as unnecessary, preferring to 'blitz' them nearer the deadline. For the INTP follow-through does not come naturally, and completion will be via huge bursts of energy at the last minute but it will be done.

INTPs are extremely independent, of thought and action, and will value trait that in others. They can play the team game, but then prefer to go and get on with it, working in sporadic bursts of energy. Although quite deep and private, the INTP can at times seem totally outspoken because of their directness of communication and economy of words. The INTP is blunt, to the point and would not be easily side-tracked. Other people may assume that the INTP says very little, but this is only when there is nothing to say. General chitchat or conversations with no purpose will bore them so they prefer to speak only about areas that interest them, things they consider important. There is an expedient side to the INTP character, and this means they will focus on their own interests and will immerse themselves in such activities. Their boredom threshold is low and once the activity becomes mundane, maintenance or about follow-through, the INTP will once again disappear into their own world of ideas, possibilities and the complex.

The INTP is intellectually curious and enjoys the more complex and theoretical problems, often for their own sake. Practical application has little interest for the INTP, who prefers identifying the solutions and then leave someone else to plan the work.

They do however dislike sloppy work or sloppy thinking or illogical arguments or poor enunciation. They are flexible, do not like to be fenced in but have very high standards. INTPs are cynical individuals, (they prefer to call themselves ‘realists!’), intensely logical, analytical and detached, they believe solely in the power of logic, finding it difficult to express or even to ‘do’ emotions. Rarely intimidated the INTP will work through even the most apparently momentous problems with the same logical demeanour and furrowed brow that they would display when doing Sudoku. Any problem is simply a problem and it will have a logical answer. Try and flatter an INTP and they will become very suspicious. Give an INTP a compliment and they’ll think, ‘what’s s/he after!’ They are very good at evaluating, seeing the flaws in any argument or the downside in any situation and their cup is always half empty, never half full.

INTPs are thoughtful, analytical characters. They may disappear so deeply into thought as to seem detached, and often actually are oblivious to the world around them, and the people in it. Precise, formal and proper, INTPs will often correct others should any shade of meaning be even slightly ambiguous. They may not want to do ‘it,’ but if it must be done then it should, indeed must, be done properly, according to agreed protocols, the INTP protocols.

The INTP is so independent of thought and in vehemently arguing a point they may very well be trying to convince themselves as much as the opposition. Getting to the heart of 'the truth' is extremely important to the INTP but will be as far as they will probably want to take it. Knowing ‘the truth,’ knowing they can back it up with logic is enough for them and they do not feel any need to prove it or to go further and demonstrate it to other people, indeed that would not be the INTP way.

Knowing they are right is all the INTP needs and then they can turn their thoughts privately to other logical, and interesting, activities. One INTP friend will only have lunch if it means sitting down with a ‘proper’ knife and fork, with ‘proper’ being the key word for him, obsessed with the ‘right’ ways of doing things and ‘right’ can be defined as what the INTP has concluded after much logical deliberation.

Close to the Enemy

Justin and the Knights of Valour

The Art of Getting By

Arthur 3: The War of the Two Worlds

Master Harold... and the Boys

Astro Boy vs The Junkyard Pirates

Arthur and the Revenge of Maltazard

How does Freddie Highmore's personality compare to other Celebrities?