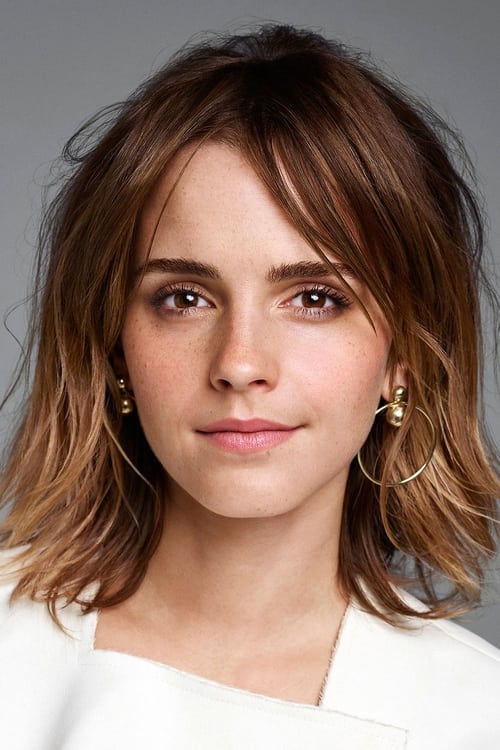 Emma Charlotte Duerre Watson (born 15 April 1990) is an English actress and activist. She has gained recognition for her roles in both blockbusters and independent films, as well as her women's rights work. Watson has been ranked among the world's highest-paid actresses by Forbes and Vanity Fair, and was named one of the 100 most influential people in the world by Time magazine in 2015.

Watson attended the Dragon School and trained in acting at the Oxford branch of Stagecoach Theatre Arts. As a child, she rose to stardom after landing her first professional acting role as Hermione Granger in the Harry Potter film series, having acted only in school plays previously. Watson also starred in the 2007 television adaptation of the novel Ballet Shoes and lent her voice to The Tale of Despereaux (2008). After the final Harry Potter film, she took on a supporting role in My Week with Marilyn (2011), before starring as Sam, a flirtatious, free-spirited student in The Perks of Being a Wallflower (2012) to critical success.

Further acclaim came from portraying Alexis Neiers in Sofia Coppola's The Bling Ring (2013) and the titular character's adoptive daughter in the biblical epic Noah. That same year, Watson was honoured by the British Academy of Film and Television Arts, winning British Artist of the Year. She also starred as Belle in the musical romantic fantasy Beauty and the Beast (2017), which ranks among the highest-grossing films of all time, and Meg March in the coming-of-age drama Little Women (2019).

From 2011 to 2014, Watson split her time between working on films and continuing her education, graduating from Brown University with a bachelor's degree in English literature in May 2014. That year, she was appointed a UN Women Goodwill Ambassador and helped launch the UN Women campaign HeForShe, which advocates for gender equality. In 2018, she helped launch Time's Up UK as a founding member. Watson was appointed to a G7 advisory body for women's rights in 2019, consulting with leaders on foreign policy. Her modelling work has included campaigns for Burberry and Lancôme. She also lent her name to a clothing line for the sustainable brand People Tree. In 2020, she joined the board of directors of Kering, a luxury brand group, in her capacity as an advocate for sustainable fashion.

ESTJ personality types are the pragmatic organisers, they like to get things done and done properly. They have little time for anything ethereal, woolly or conceptual preferring facts, figures, plans and procedures. These are the action-oriented characters who cut to the car chase and move quickly to completion, taking the least circuitous route, A-Z no deviation. The strength of the ESTJ is the desire, and ability, to adopt a decisive stance, take charge and get the job done which makes them 'natural' leaders whom others will readily follow.

ESTJs are built to project manage, which is why they are often found in Operations type roles, quickly weighing up the situation, setting targets and marshalling the resources to make sure the job is done - on time and within budget. The ESTJ has a strong work ethic and this includes loyalty to the cause - whatever that cause is. This desire to get things done may mean that they ignore the niceties, the softer issues as they tend not to be so well-tuned in to how other people are feeling. There is a strong competitive edge to the ESTJ, and a need to assume control and this can often make it difficult for others to deflect them from their chosen course of action. The ESTJ simply wants to get on and get things done. Formal and structured the ESTJ works best when everyone is clear as to the ground-rules, (the ESTJ will happily create them if they are lacking). Practical planners, ESTJs are factual, accurate, detailed and process driven the ESTJ will bring order, structure and focus to their environment.

Their ability to jump in and take charge can, however, become a weakness as the ESTJ will follow the traditional, tried-and-tested route, and may want to dive in quickly, get their hands dirty and ignore the advice of those who may want to reflect or try a different approach. This can mean the ESTJ will be traditional and often quite conservative in their approach, preferring the known to experimenting or trying a more novel, creative approach so they may not always adapt well to change, and indeed if pushed hard can make formidable opponents to any new order. For the ESTJ change must make logical sense and ‘if it ain’t broke then why fix it?’ ESTJs thrive on order and continuity. ESTJs are traditional and hierarchical, they exude work ethic. Power, position and prestige should be worked for and earned. Laziness is viewed with scorn and the credo is ‘If you can’t stand the heat, get out of the kitchen!’

Practical planners, ESTJs are factual, accurate, detailed and process driven the ESTJ will bring order, structure and focus to their environment.

The desire to ‘do’ can also make the ESTJ very present focused and so they may not necessarily appreciate how such present actions may impinge on the future nor do they excel at predicting or anticipating future trends or forecasting as they are keen to make quick decisions and are built to get to closure as quickly as possible in order to get the job done. So, the ESTJ may rush in without stopping to consider the full range of options open as their prime focus will be to get on with it and as such they may be difficult to budge. They plan with logic and objectivity, relying on empirical evidence and data rather than emotions. If something needs to be planned, organised followed-through then the ESTJ is the person to do it.

ESTJs are factual, accurate, detailed and process driven the ESTJ will bring order, structure and focus to their environment. Being extraverted, their focus involves organisation of people, tasks, processes, etc which all translates into “management.” While ENTJs enjoy organising and mobilising people according to their own ideas, ESTJs are content to enforce ‘the rules,’ often dictated by tradition or handed down from a higher authority, if a job needs to be done, (‘done’ being the operative word), then leave it to an ESTJ. The extravert side also means they will have little trouble letting everyone know exactly where they stand. They tend to dislike sloppiness or mess and engender order and discipline within projects, teams and situations. Emotional arguments or pleading won’t work as only hard facts and logical reasoning ‘compute’ with the ESTJ.

An Audience with Adele

Beauty and the Beast

This Is the End

The Perks of Being a Wallflower

My Week with Marilyn

Harry Potter and the Half-Blood Prince

The Tale of Despereaux

How does Emma Watson's personality compare to other Celebrities?