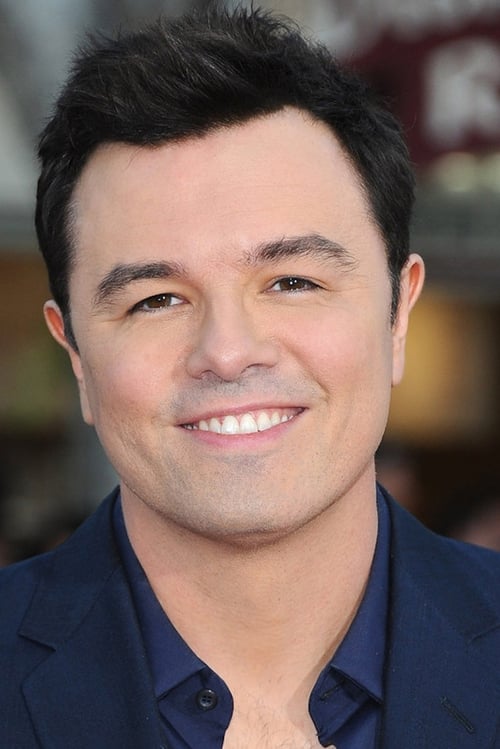 A native of Kent, Connecticut, MacFarlane is a graduate of the Rhode Island School of Design, where he studied animation, earning a Bachelor of Fine Arts Degree. He was an animator and writer for Hanna-Barbera for several television shows, including Johnny Bravo, Cow and Chicken and Dexter's Laboratory, before creating his own series for 20th Century Fox entitled Family Guy in 1999. MacFarlane would go on to co-create American Dad! in 2005, The Winner in 2007 and The Cleveland Show in 2009 for 20th Century Fox.

As an actor, he has made guest appearances on shows such as Gilmore Girls, The War at Home and FlashForward. MacFarlane's interest in science fiction and fantasy has led to cameo and guest appearances on Star Trek: Enterprise and voicing the character of Johann Kraus in Guillermo del Toro's Hellboy II: The Golden Army. In 2008, he created his own YouTube series entitled Seth MacFarlane's Cavalcade of Cartoon Comedy. As a performer, MacFarlane has sung at several venues, including Carnegie and Royal Albert Hall.

MacFarlane has won several awards for his work on Family Guy, including two Primetime Emmy Awards, and an Annie Award. In 2009, he won the Webby Award for Film & Video Person of the Year. He has been a subject of criticism from television watchdog groups, such as the Parents Television Council, who regularly condemn Family Guy for its indecency. He occasionally speaks at universities and colleges throughout the United States, and is a supporter of gay rights.

On the February 10, 2011 episode of the TBS variety nighttime talk-show series Conan, MacFarlane announced he is directing his first feature-length film, Ted. The film stars Mark Wahlberg as an adult, who as a child, wished his teddy bear would come to life. MacFarlane will be the voice and motion capture for the bear.

Engaging, plausible and entertaining the ENTP personality type will be like a breath of fresh air, infusing people and situations with a whole array of new ideas and creative ways of doing things. However, they can become bored and withdraw their energies as they go off in search of the next thrill. Curious, child-like wonder characterises the ENTP, they are flexible, open-minded and love possibilities. They tend to see everything as a challenge, seeing opportunities even in the most difficult of circumstances. ENTPs can at times display impatience with those whom they consider wrong, and may show little restraint in demonstrating this.

The ENTP is constantly on the lookout for opportunities and possibilities, which will feed their strong desire for something new. An ENTP will bring energy, dynamism and creativity to people and projects. They are of the moment and are great at creating momentum for anything new but may become bored after the initial fascination has passed. ENTPs love telling conceptual stories. They will often go off at tangents, weaving apparently contrary pieces of information into a conceptual whole, bringing others in and teaching them in the process. Curious, communicative and challenging, the ENTP loves intellectual debate, is spontaneous, (at times shockingly so), and assertive. They sometimes confuse, even hurt, those who don't understand or accept the concept of debate or argument simply as a ‘sport.’ ENTPs are as innovative and ingenious at problem-solving and verbal gymnastics, as they are bored with the routine and the detail.

They are also far better at the 'front end' of projects and may slide out when it becomes tedious. The ENTP is expedient, and can disregard rules, regulations and even obligations and follow their own instincts and urges. The upside of this is the ability to bring whole new perspectives and ways of looking at things. The downside is that they may leave loose ends, and lack follow-through. The ENTP's independent streak make them excellent at challenging the status quo, self-deception and self-delusion, but this challenging can, at times, become critical or negative if the ENTP becomes bored or feels stultified or threatened.

Curious, communicative and challenging, the ENTP loves intellectual debate, is spontaneous, (at times shockingly so), and assertive.

They have a kaleidoscope type vision, seeing all the disparate parts and then, in one twist, pulling them all together into something often quite wonderful. These characteristics also mean the ENTP can be intellectually promiscuous, enjoying one new experience after another, one new idea after another and constantly looking for bigger and better things. ENTPs are excitable and this excitement is very often contagious. They have ‘the gift of the gab,’ and are at ease in social situations, winning people over and can adapt to any level and any conversation - if it interests them. They are generally confident and possess the ability to look far beyond the present, the mundane, the facts and the horizon. However, their dislike of detail, practicalities and closure, often means that their dreams, aspirations and ideas may come to nothing as they can lack the propensity for follow through and the attention to detail required to ‘complete.’ This does of course make the ENTP very flexible and they have the ability to change tack in a nano-second much to the consternation of those following, who ask ‘but I thought we were going in that direction?’ Radical experimenters, rules are there to be (gently but firmly) bent; they like to get their own way and will happily rationalise, intellectualise and build a sophisticated argument to prove they were right. Of course, next week they may change their minds because ‘right’ for the ENTP is about what is right for ‘now.’ ENTPs are nothing if not unique, having an enquiring mind, real sense of adventure and excitement for new ideas and opportunities. They thrive on a new challenge, the more impossible it seems, the more thrilling it is! But smaller, less significant issues can really get to them and see them becoming scratchy and impatient, and this will communicate itself to anyone in the vicinity

A Million Ways to Die in the West

Family Guy Presents: It's a Trap!

Hellboy: In Service of the Demon

How does Seth MacFarlane's personality compare to other Celebrities?