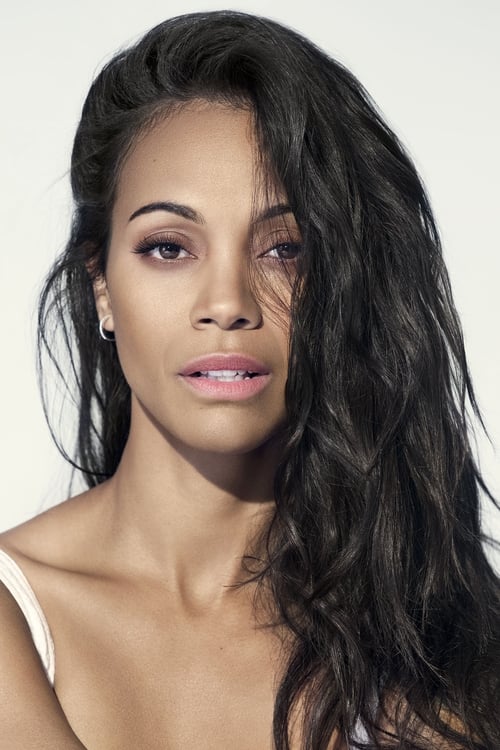 Zoe Yadira Saldaña-Perego (née Saldaña Nazario; born June 19, 1978) is an American actress. After performing with the theater group Faces she appeared in two 1999 episodes of Law & Order. Her film career began a year later with Center Stage (2000) in which she portrayed a ballet dancer.

After receiving early recognition for her work opposite Britney Spears in the road film Crossroads (2001), Saldaña achieved her career breakthrough with her work in numerous science fiction films, beginning in 2009 with her first of multiple appearances as Nyota Uhura in the Star Trek film series and her first appearance as Neytiri in the Avatar film series. She portrays Gamora in the Marvel Cinematic Universe, beginning with Guardians of the Galaxy (2014). Saldaña appeared in three of the five highest-grossing films of all time (Avatar, Avengers: Infinity War, and Avengers: Endgame), a feat not achieved by any other actor. Her films grossed more than $11 billion worldwide, and she is the second-highest-grossing film actress of all time as of 2019.

Description above from the Wikipedia article Zoe Saldaña, licensed under CC-BY-SA, full list of contributors on Wikipedia.

Although gentle, and preferring to be out of the limelight, the INFJ personality type will work long and hard behind the scenes to maintain harmony but they are also intensely independent, of both of thought and spirit, and will be outspoken in their defence of human values, the downtrodden, and the oppressed. Earnest and responsible INFJs often see themselves on a mission, and they take their missions very seriously. The views of the INFJ are very personal, built up over a long time and so anything which may be perceived as questioning their values may be dealt with in an unusually direct way, surprising those who saw only the quiet INFJ.

The INFJ is the rarest of Jungian types and as such is in many ways the most enigmatic, difficult to know and difficult to understand. So, people can often read the INFJ wrongly. Serious minded and caring, values are just so important to the INFJ whose word is not just a bond but tied in with who they are intrinsically as people. Integrity is the watchword and they will be excellent listeners, patient, supportive and with a strong desire to ‘do the right thing.’ Their perceptiveness means that others will ‘open up’ and they are often the catalyst for making things better. Although quite gentle and preferring to be out of the limelight, the INFJ will work long and hard behind the scenes to maintain harmony. But they are also intensely independent - both of thought and spirit - and will be outspoken in their defence of human values. An INFJ's values have been honed over some time, deep within their own heads, and they may not be happy to share these. This can make it difficult to get close and may mean that other people see them as a bit strange or quirky. The INFJ would not see the need to alter this view and will generally work quietly until a value is contravened. The problem is that INFJs are so complex, individualistic and un-forthcoming, that the other person may not realise that some value or deeply held belief has been transgressed and be quite surprised how sharply the INFJ can react and how outspoken, assertive and stubborn they can suddenly and uncharacteristically become. This is because the INFJ is sensitive, in both directions, outwardly to the needs of others and inwardly.

An INFJ's values have been honed over some time, deep within their own heads, and they may not be happy to share these.

The INFJ may be so committed to the cause that other issues take a poor second place. The introvert side means that so much internal processing and reflection goes on but once the course of action has been agreed others, who perhaps perceived a quiet inactive individual, may be surprised by just how decisive, energetic and single-minded the INFJ is. The responsible, serious nature of the INFJ means that they may have to learn to ‘lighten up’ as devotion can take its toll in missing out on the more fun and less intense moments life occasionally throws up. INFJs can make inspiring leaders, (as followers will believe in them and want to ‘sign up’) and have a devotion to the cause that borders on evangelical and certainly those following will have a crystal-clear vision of how it could be.

Like the INTJ, the INFJ has the ability to understand complex processes and systems but the INFJ will use these primarily to understand people, and make things happen for them. Even though they are likely to project to others as quite shy, and certainly quiet, INFJs have a keen interest in others and will work hard and behind-the-scenes to achieve their goals. Never over-exuberant or gushing, trust would take quite some time to build with INFJs, as they do not readily share their emotions with other people. The INFJ likes complexity and theorising, providing the subject-matter is not about them. They value respect, both for themselves and for others, and will only be really forthcoming when hurt or when talking through some complex issue. Those who are campaigners, (many INFJs adopt such roles), are there because they believe in the cause, rather than for personal glory or political power. Astute readers of people, they are naturally suspicious about others' motives. They are friendly and sympathetic, but highly selective about their friends, as to them friendship is something not to be taken lightly so getting emotionally close to an INFJ would take some time - if ever. INFJs are an unusual combination of idealist and go-getter, and so they will have strongly thought through views, and a desire and ability to make it happen.

Guardians of the Galaxy Vol. 3

Avatar: The Way of Water

Maya and the Three

Vampires vs. the Bronx

How does Zoe Saldaña's personality compare to other Celebrities?