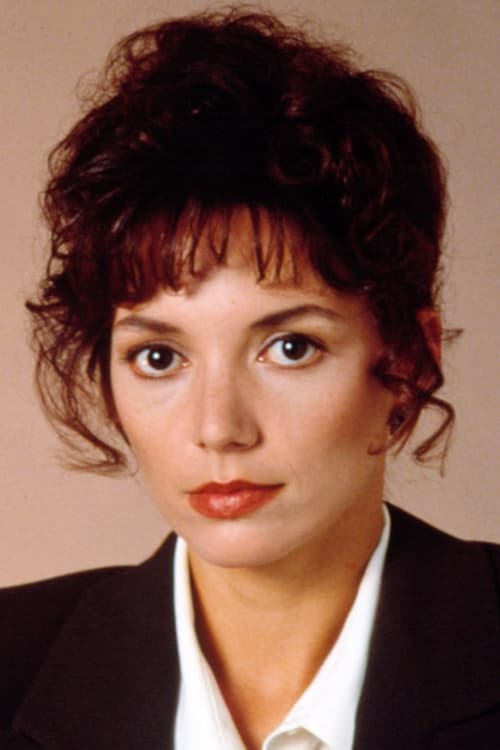 Whalley was nominated for the BAFTA TV Award for Best Actress for the 1985 BBC serial Edge of Darkness, and was nominated for a Best Actress Golden Nymph Award at the Monte-Carlo Television Festival for the 2011 series The Borgias. Her other television roles include the 1986 BBC serial The Singing Detective; playing the title role in the 2000 CBS TV film Jackie Bouvier Kennedy Onassis, and as Claudia, wife of Pontius Pilate in the 2015 NBC series A.D. The Bible Continues.

Description above from the Wikipedia article Joanne Whalley, licensed under CC-BY-SA, full list of contributors on Wikipedia

Imaginative, quick and creative INTJ personality types are intellectually curious who can grasp complex problems and data, analyse them quickly and come up with solutions. They are the strategic problem solvers preferring the big picture to the mundane and set high standards for themselves and others. Getting close to the INTJ will take some time, and they may not always involve others in the decision-making process. This can make them seem slightly detached, but it is simply that the processing which takes place, (and a great deal of processing takes place), goes on inside their heads and this can make others feel a little left out.

INTJs are the deep, quick-thinking, imaginative, far sighted individuals, who have a crystal-clear view of the future, exactly how it ought to be, and they will then work logically and relentlessly to make it happen. Although quite deep and mistrustful until they have the measure of people, the INTJ loves an intellectual challenge and will be stimulated by the conceptual, the abstract and the complex. They love the complex, the new, the untried and untested. Facts and figures bore them, unless they clearly relate to something much bigger, and they will be looking to see the 'big picture,' planning for the future that they create.

Unlike an ENTJ who will happily engage in verbal jousts and so happily process their thoughts through speaking, the INTJ will be private and keep thought processes inside until they pop out perfectly formed with 'the plan of action.' This may be the first opportunity for others to even realise that so much was going on 'inside.'

INTJs make decisions based on rational logic, rather than emotion and they will be quite measured and dispassionate in their approach to other people. They generally have strong opinions, are independent thinkers, but they rarely feel the need to verbalise their thoughts, other than to come up with ‘the plan’ or ‘the answer.’ The INTJ’s dislike of the basic facts or anything that doesn’t have a wider meaning or context to them at times will work against them as they can make decisions based on their theories and concepts and they may overlook 'the obvious,' preferring to focus on the complex solution, which is where they thrive and are happiest.

The INTJ loves an intellectual challenge and will be stimulated by the conceptual, the abstract and the complex. INTJs make decisions based on rational logic, rather than emotion and they will be quite measured and dispassionate in their approach to other people.

Creative, complex and analytical, INTJs have intellectually curious, active minds, directed internally and their ‘N’ trait enables them to see very quickly and very clearly the interconnections between things and the longer-term implications of trends, current actions and events. They have a unique talent for analysing complex problems and issues and determining how they can be improved or solved, whether it be a small project, a simple problem or a whole organisation. However, they are strategic, as opposed to day-to-day, problem solvers preferring the innovative to anything they would see as tedious or pointless or routine. They set high standards for themselves and will be constantly looking to stretch, improve and learn, and will immerse themselves in a subject that takes their interest, so that they will quickly develop real expertise.

Being introverts, they internalise their thought processes and so are often viewed as slightly disconnected or impenetrable and difficult to understand. This is because they often leave a ‘void’ and when a void is left other people often fill the void with their own assumptions and predilections, rarely positive ones. So, one person may say “he’s not interested,” another may say “she doesn't like me,” and yet another “she is so full of herself,” all missing the point about the difficult to read INTJ who is primarily interested in intellectual issues rather than the more mundane aspects of everyday life.

Yet although introverted, when on their chosen subject, or explaining the most complex of theories, the INTJ can be like a wave of enthusiasm, lucid, passionate and engaging; but when it’s over, it’s over, they will disappear back to their intellectual pursuits, alone. The INTJ will get their thrill from proving they were right in their hypothesis, proving this to themselves, not anyone else as they are, of all the types (along with INTP), the most independent of thought and action.

Beowulf: Return to the Shieldlands

Golf in the Kingdom

How does Joanne Whalley's personality compare to other Celebrities?